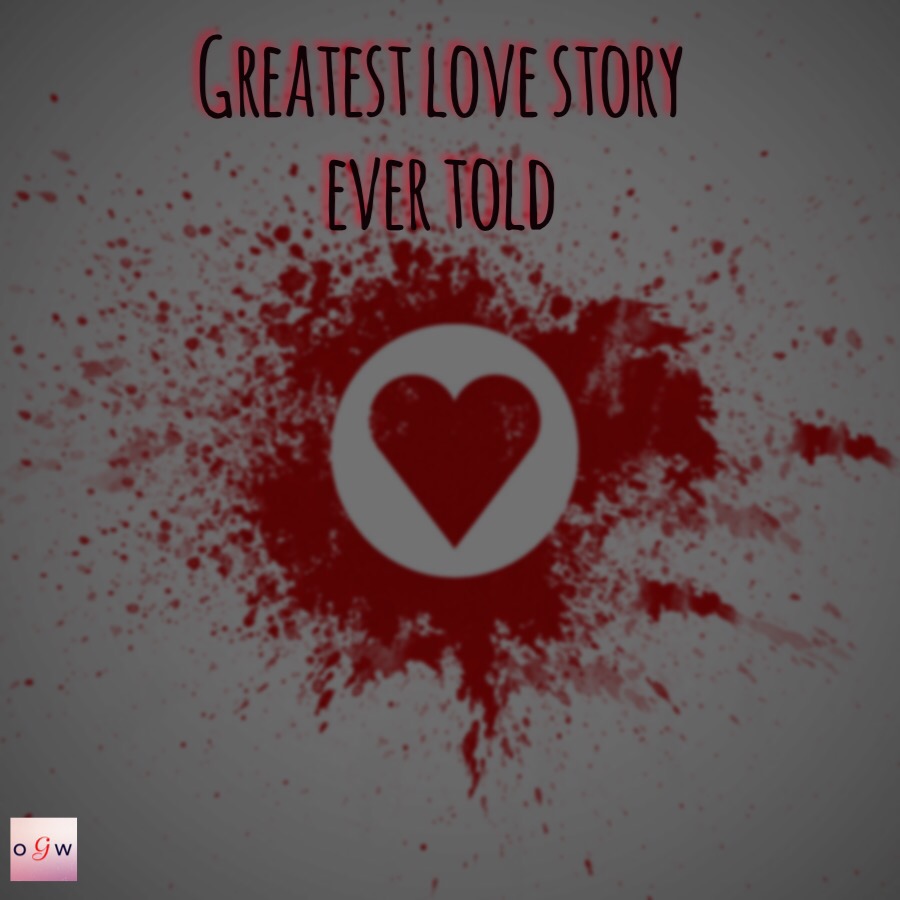 Romance is something we all have an opinion on, you might have watched films like The notebook, Titanic, Dirty Dancing, Me before you, PS I love you, the list is endless as Hollywood makes a lot of money from selling dreams of romance. They make movies and people have written books to showcase what this kind of love looks like, they sell the idea that love can be brought and that people are complete after they find there spouse. They portray that love is all hearts and roses, that life is all good, when in reality this doesn’t happen. Why? because real life happens, there are two people who have issues and they will eventually let you down because we are all human. There will never be the perfect relationship with another human because eventually we let each other down, we argue and we as a human race are programmed to be selfish.

So, what is the best romance story ever told? It is a book that has sold more copies than any popular author to date, it has been printed over two thousand years and has reached nearly the whole world. This book is the Bible and it does showcase the best romance ever, it shows what true love looks like and it also shows us how to live a life full of love. This book isn’t boring, it has many stories, we have bloody battles, illicit affairs and the underdog rising to fame and good fortune. This book showcases the love that God has for each and everyone of us, it shows that He designed each and everyone and planned out our days. It shows that love is the greatest force on earth and in heaven, that love conquers all things and is the greatest thing we can possess.

We see that God loved us and created us in His own image in the book of Genesis, this is where God created the first man and He designed him to have all authority over the earth but God saw that Adam was lonely, that no other created that He had designed was a equal partner for Adam. This is when God put Adam to sleep and took one of his ribs, He then created Eve and she was to be his help mate, his equal partner who would support him. Adam was to lead Eve and teach her all that God had shown him regarding the earth which they had dominion over, he was to lead her in all the ways of God and together they were to build up the kingdom of God. Life was perfect for them, they didn’t know how to feel shame, sickness, grief or pain they had a great relationship with God and each other. Unfortunately for us Eve is persuaded by the serpent to eat of the fruit of knowledge of good and evil, she then convinces Adam to eat also and this is where sin, shame, pain, guilt entered the world. This is the exact moment where they started to question our heavenly Farther and the the evil of this world. God then comes to walk with them and He knows exactly what is going on, He knows exactly what has happened because He knows the beginning from the end. God then curses the serpent, the earth but not Adam and Eve. This is where He explains that because they have eaten of the fruit and now know evil they can no longer be in the garden with Him as only people who have eternal life can live with Him in the garden because they have eaten the fruit they have sinned, which will cause there death. This is the moment when God sends His children off into a world where they have to live with the consequences of this one mistake and its not just them its there children plus all the generations that follow. It all sound pretty awful really, having all authority to rule where you live and knowing paradise then being told that you can no longer live there with the Father and that your authority has been given to someone else who tricked you in the first place to break God’s heart.

This is where God had a plan to restore this relationship and thats with Jesus because He always wants to have a relationship with us and He never wanted to leave us. This is the relationship that God wants with every person on the plant, He doesn’t want us to go to Hell, which is where we will go if we don’t accept what Jesus did on the cross and the price He paid there so we can be free to enter into God presence. We have a man born of a virgin who lives a normal life, He wasn’t born in a place where He belonged but a stable was His welcome to this earth. He then lived with a family who were normal, they were a carpenters family, they lived in a place that no one wants to live in and they were just normal people. Jesus wasn’t anything special to look at He was a normal man with a divine Father whom sent Him for our redemption from sin and death. He lived thirty years before He even made himself known, He picked out fishermen, tax collectors, prostitutes and sinners to be His disciples. He wasn’t interested in the religious people but the sinners who knew that they needed Him and not the themselves. He then preformed many miracles which cause a stir in the places he visited, we had people cheering “Son of God” and we had people planning His death. After three years of ministry Jesus knows that He has to go and pay the price of our sin so we can know Him better, He spends His last night eating with His disciples and explaining what will happen also what they must continue to do after He is gone. Jesus then goes to the garden to pray and beg the Father to take this burden from Him because He knew what He would face, He sweat blood and cried to His Father to help Him get through this and then asked the father to do His will with Him because He saw our face and wanted to know us better. He then is arrested by the Synagogue leaders who want to put Him to death for the stirring He has caused and they take Him to Pilate to sentence Him to death, which he does after he washes his hand of the consequences of this death as Jesus hasn’t done anything wrong. They beat Him, flog Him and abuse Him so that when His mother looks upon His face she can’t recognize Him! He had the power to stop this at any time but didn’t he endured it all thinking about you and how much He loves you. He then has to carry a cross on a back that has been brought to the bone by the flogging given by the Roman soldiers, He has a crown of thorns placed upon His head and is stumbling through the streets of Jerusalem being verbally abused by the people He came to save. He finally reaches Calvary and is laid upon a tree shaped like a cross, He can remember speaking the trees into being and is lying there awaiting the iron nails that will piece His skin. He endures this for you and me, He can feel the wait of every sin ever committed on His shoulders and cries out to God “Eli, Eli, lama sabachthani.” That is. “My God, My God, why have you forsaken me.” With one of His last dying breaths He says “Father, forgive them, for they do not know what they do.” He is looking at you and begging the Father to forgive you of everything you have ever done wrong, He is begging the Father to forgive them for breaking His heart by beating His son and giving Him a cruel death. Jesus then dies and is resurrected three days later after He took back the keys of death and hades so that all power of the earth, heavens and things below the earth rest in His hands. He took back the authority we lost and restored the relationship that was broken with Adam and Eve all because he loved you.

This to me is the greatest love story ever told, once you understand this love and accept Jesus as your savior, redeemer then your life will never be the same. This is a love story that will change your life, this is the only love that will make you feel complete and fully satisfy you. This is the love that will never leave you and will always provide the best for you. I don’t know if you are single, married, divorce or what your past has been like but I want to tell you that there is nothing that you have done that will stop Jesus from loving you, He died so that He can know you better. I want to remind you that this is true love and that it is selfless and the most powerful force on this earth. Jesus loves you, God bless you.

Encouraged from the inside out!

You won’t get to see the tears I cry!

Over Flow with Grace

Over Flow with Grace

Begin typing your search above and press return to search. Press Esc to cancel.